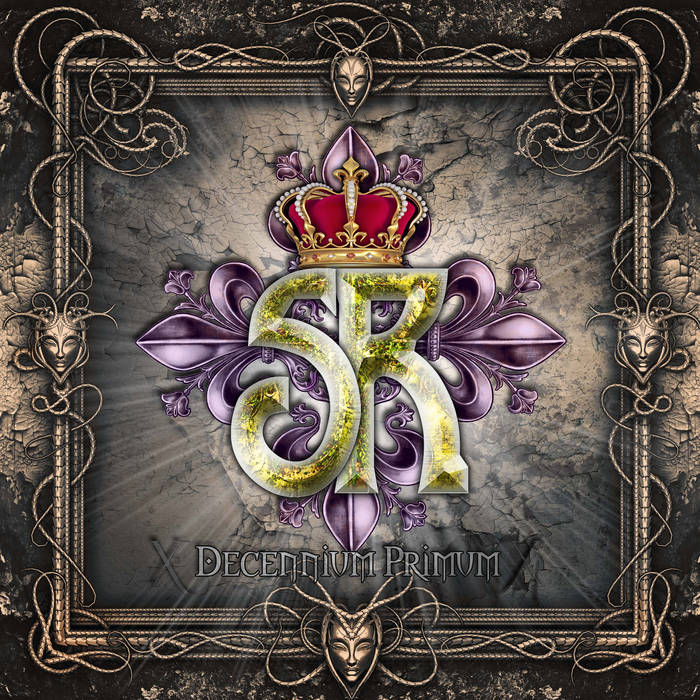 Diabolus in Muzaka It sounds like Yngwie in his prime joined Sabaton and made a wonderful Christian record. Joyous, uplifting music. Favorite track: Unfold The Mystery.

Edison Q Thanks for your music guys...

the 5th album of the metal band Signum Regis
Download digital booklet in PDF for free at:
www.signum-regis.com/booklet

Track Name: Unfold The Mystery
The history and tales
the Elders carved in cold stone
rise from the past again

Now take a deep look into the crystal ball
See through the veil of mirrors and smoke?

Wherever you go,
Whatever you do
Raise up a stone
and search for the truth
Whatever it takes
the fate is in our hands
The story’s now told
The mystery unfolds

executed, torn apart
for the faith we pay with blood
through death to life that will never end

along with the worst of criminals
this is our last sigh
damnatio ad bestias
that is how we die
Track Name: Screaming For Justice
no one has come to defend us
we hoped for sunshine, but we got dark night
we stumble at noon, as if we were blind
we feel alone and left behind

they're weaving with the finest fiber
but they're creating webs of a spider
crooked are the roads that they make
what is of value they take
is this for real or a dream?
for justice now we scream

do you believe that prayers
spoken by a broken, beaten man
are being heard in heaven?
that they’re not spoken all in vain?

we can't take it anymore
we demand rule of divine law
this cannot go on
the hammer of judgment shall now fall
only last chorus: we want injustice to be gone
Track Name: Kingdom Of Light
I know, there's a place
a place where we could meet again.
you're already there, I know it for sure.

a garden like the one,
the one where we used to play
warm and so bright, flooded with light

guarded by angels, with no fear inside
when darkness is gone, in light we unite

garden of Eden, no evil inside
the shadows no more in the kingdom of light

I don't know the day
nor do I know the hour
but when my time comes, I pray to be prepared

no regrets on my mind
no debt to leave behind
Track Name: The Future King
he is a warrior
the strongest of them all
giant Goliath
almost 10 feet tall


forty days, he kept on coming forward
to defy armies of the living God
no one dared to fight this killer monster
until now

his name is David
the savior of the nation


he said:
you come against me
with javelin and sword
heaviest armor
And a spear with an iron point

rounded stones, I have in my pocket
with a sling one of them will crack your forehead
here I am, I never feel fear
neither now
Track Name: Well Deserved
Could it be all coincidence?
How did we get into this mess?
a natural flow of events
or a cruel scientific plan?

incarceration
indoctrination
who saw it coming
is this well deserved?

you say it's just incompetence
well, I don't share your confidence
intentions are good, you can tell
well, they still pave the way to hell

learn to feel guilty
your life's not worthy
freedom got trampled
the state's in control
Track Name: Thunder And Rain
out of darkness I come
it´s all over, it´s done
I walk this higher ground
stretching all around

thunder and rain
just passing by we wish to see
a senseless world
what story would be told?

I’ve been struggling for years
fighting thoughts, memories
locked out of the promised land
once it seemed at hand

but no longer a slave
been forgiven, forgave
soul´s reaching for the sky
it´s not meant to die

thunder and rain
just passing by we wish to see
a senseless world
what story would be told?

sorrow and pain
like a bitter-tasting remedy
flow through your heart
while tearing it apart
Track Name: Train To Neverland
quarter past midnight and here we go
the last ride
this train is leaving, please close the door
and hold tight

meet all the people sitting around,
next to you

they're here to travel, up and down
just like you

can your hear it? your favourite song!
on the radio
of what it reminds you, is yet to come
on and on

all the chords and lines sound just about right
the beat is pounding along with your heart
Track Name: A Psalm Of Life
Lives of great men
shall remind us all
That we can make our lives sublime

Life is real,
unlike an empty dream
life is earnest
and the grave is not it's goal

neither sorrow nor joy
is our destined end or way
be a hero in the strife!

Bandcamp Daily  your guide to the world of Bandcamp